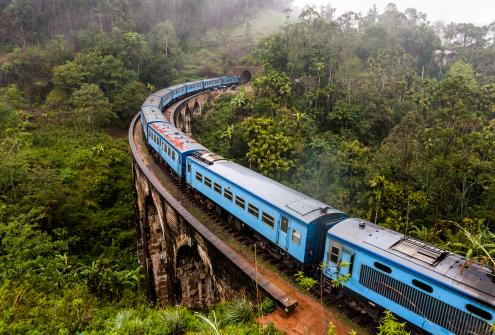 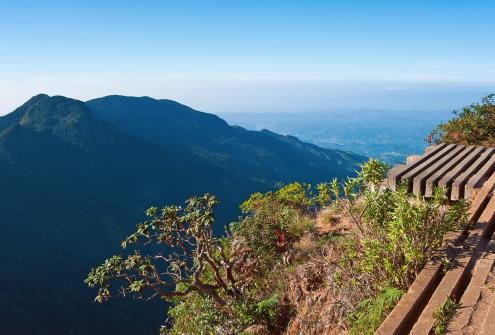 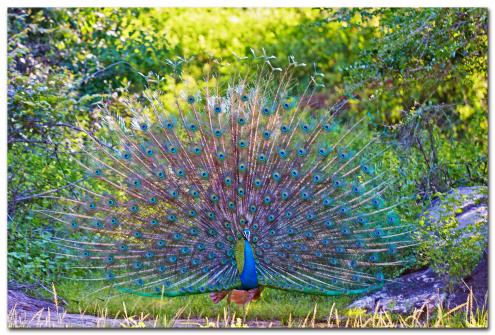 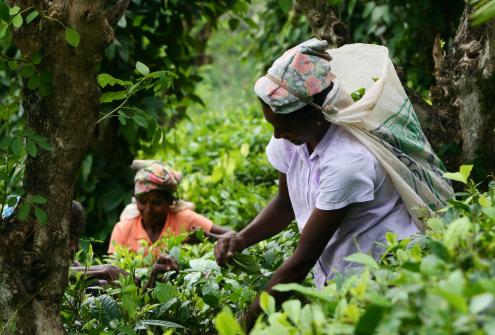 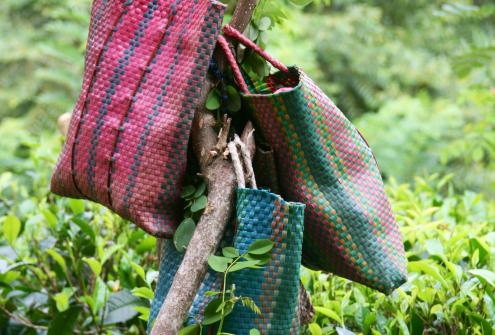 Situated mainly in the Central part of the island, the Sri Lanka Hill Country presents steep hills filled with scenic beauty that takes your breath away. The hillsides are dotted with tumbling waterfalls and the seemingly endless green carpet of lush tea plantations. As you climb towards Nuwara Eliya, the city at the centre of the Hill Country, crisp cool air brings a marvellous contrast from the warmer climate of the coast and Cultural Triangle. Each time you turn a corner on the twisting road, you are presented with reminders of a bygone era and colonial Britain. For those looking to get a true taste of Sri Lankan heritage and the development of the tea industry a visit to the Hill Country is a must.

For those wishing to really experience the feeling of a bygone era, a trip to Hatton, close by to Nuwara Eliya is an opportunity to stay in the middle of the tea plantations. Boutique hotels have been developed offering the opportunity to stay on a working tea plantation, to wonder through the tea fields and learn about tea growing and production or for the more energetic to mountain bike further afield on mountain biking trials.

Hatton also provides a perfect base for visiting Adam's Peak. Located in a beautiful and fascinating area of the southern Hill Country, this lofty peak has sparked the imagination for centuries. It is variously known as Adam's Peak, the place where Adam first set foot on earth after being cast out of heaven, Sri Pada, Sacred Footprint, left by the Buddha as he headed towards paradise or Samanalakande, Butterfly Mountain, where butterflies go to die. Some believe the huge 'footprint' on the top of the 2243m peak to be that of St Thomas, the early apostle of India, or even of Lord Shiva.

Whichever legend you care to believe, this place has been a pilgrimage centre for over 1000 years. King Parakramabahu and King Nissanka Malla of Polonnaruwa provided resting places to shelter weary pilgrims up the mountain. Today the pilgrimage season begins on poya day in December and runs until Vesak festival in May. The busiest period is January and February. At other times the temple on the summit is unused, and between May and October the peak is obscured by clouds for much of the time. During the pilgrimage season a steady stream of pilgrims makes the climb up the countless steps to the top. The summit best experienced at dawn, requires you start the climb around one o'clock in the morning, benefitting from the relative cool of the night air and witnessing a spectacular sunrise.

The train leaves Peradeniya Railway station (near Kandy) and stops at Hatton before going on to Nanu Oya. The train provides a welcome change from windy roads and although the journey is longer it is great way to enjoy the tea plantations and the views. Your driver guide will be able to drop you at Peradeniya and collect you from either Hatton or Nanu Oya for your onward journey.

Travelling towards Hatton you are passing through the heartland of the Sri Lankan tea country with breath taking views, and a journey back into the bygone era of colonial tea plantations. The iconic Ceylon Tea Trails is located near Hatton a working plantation at an altitude of 4000 feet in one of the world’s famed and most picturesque tea-growing regions in the Bogawantalawa valley, in central Sri Lanka. Temperatures can get cool but not cold, with lush, green manicured tea fields 360 degrees on the peripheral.
Please note that we can only book the train 10 days in advance and we have occasionally had problems in obtaining the tickets. The cost of the tickets ($8 per person) will be refunded on the return back to the UK if we are unable to purchase them.

As you leave Kandy and climb further into the Sri Lankan Hill Country, the winding mountain roads offer incredible views of the tea plantations. The expanses of green plantation are dotted with the colourfully dressed ladies who hand-pick the tea. Picking just two leaves and a bud, which each pluck, the century old technique which has remained unchanged, is one of the characteristics which maintains the quality of Sri Lankan tea.

Arriving in Nuwara Eliya, this little city in the hills retains its colonial ambience, with its tudorstyle mansions and two-story shops & houses; it is easy to believe that you are in the middle of an English country town. However, situated at over 6,000 feet, this is the heart of the Sri Lankan Hill Country. The cool climate encourages the growth of vegetables and flowering plants and plays a significant role in the cultivation of the Ceylon tea that the island is renowned for producing.

Built by the Scottish tea planters in 1889, for golfers this will be an experience not to be missed. Winding its way through the centre of town the golf club retains its colonial charm and it really does feel like you are playing in the Scottish Highlands. Help is always onhand with your own personal caddy, many of whom have spent a life time escorting members and guests around the course. Whilst perhaps not the best maintained course in the world, this is certainly a round of golf that you won’t forget.

Imagine picturesque and beautiful rolling green landscapes and you will have a good idea of what Horton Plains offers. This natural park is home to various forms of wildlife, plant life and birdlife making it an ideal destination for lovers of nature.

Being a prominent spot for wildlife, some of the animals that can be found here include leopards, purple face langurs, and the Sri Lankan Sambar deer. Horton Plains is also home to all six of the endemic birds of Sri Lanka which are the Sri Lanka Wood Pigeon, Bush Warbler, White Eye, Dull Blue Flycatcher, Black Throated Munia and Yellow Eared Bulbul. The Park is home to a wide variety of flora (57 species, 29 endemic to Sri Lanka) and 24 species of mammal such as elk, deer, giant squirrel, wild boar, wild hare, porcupine and leopard. For bird enthusiasts, there 87 species (14 of which are endemic), including many migratory birds.

Horton Plains also contains another extremely popular tourist attraction within its grounds; Worlds End. Traversing through the paths of the park will lead you to a sheer 1,050 m drop and presents a view that is simply astounding. Along the way to this attraction, visitors can view various wildlife includes the many birds that frequent the park. Sri Lanka's highest plateau, is characterised by a beautiful landscape of rolling hills, covered in upper montane forest and wet patana grassland at an altitude of 2,100-2,300 metres (6,900-7,500ft). It is a popular tourist destination and is situated 32 kilometres (20mi) from Nuwara Eliya.

Worlds End The renowned World’s End is located in the Horton Plains National Park and is reached by a 5km walk through the highest plains in Sri Lanka which lie at an elevation of over 2000 meters. The journey affords the visitor with a mesmerizing sight of virgin cloud forest and diversity of mountainous flora not to be seen in any other part of the island.

For those with a bit more time to spare and looking for a...

Sri Lanka, On a Shoestring

For those on a tighter budget, this is a fantastic way to...

A More Indulgent Tour with some of our favourite...

A well rounded and typical tour that allows you to...